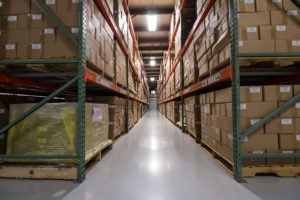 At its core, a contactor is primarily a remotely controlled and electrically operated switch consisting of one or more pairs of contacts that serve to open and close external circuits.

Principle of Operation— The contactor usually consists of a combination of moveable and fixed, low resistance contacts which do the actual circuit opening and closing. The fixed contact assemblies are mounted on some fixed structure (base). The movable contact assemblies are mounted on a structure, known as the actuator. An armature is attached to the actuator.

The contacts used on Hartland Control contactors are silver based contacts. Silver has the highest electrical and thermal conductivity of any known metal and shows good resistance to oxidation and tarnishing. Contacts made of fine silver work well at currents in the light to medium current range (1 to 20 amps) where light to moderate contact pressure is available and low contact resistance is a requirement.

Silvers tendency to erode and weld at medium current levels and its somewhat low hardness can be overcome by combining silver with other metals or metal oxides, such as nickel, cadmium oxide, or silver tin oxide.

Contactor Types— The contactors manufactured by Hartland Controls are commonly known as Definite Purpose Contactors. Other styles of contactors are known as NEMA and IEC contactors.

NEMA (National Electrical Manufacturers Association) contactors are designed to meet the size ratings specified in the NEMA Standard. A philosophy of the NEMA Standard is to provide electrical interchangeability among manufacturers for a given NEMA size. Since the installer often orders a controller by the motor horsepower and voltage rating, and may not know the application or duty cycle planned for the motor and its controller, the NEMA contactor is design by convention with sufficient reserve capacity to assure performance over a broad band of applications without the need for an assessment of life requirements. Other conventions are that the contacts for most NEMA contactors are replaceable when inspection shows the need and that molded (encapsulated) coils are common on most NEMA devices.

IEC contactors do not define standard sizes. An IEC rating, therefore, indicates that a contactor has been evaluated by the manufacturer to meet the requirements of a number of defined applications (utilization categories). The contactors are matched to a load, expressed in terms of both rating and electrical life. A higher level of skill is required to select contactors for an application (motor load, duty cycle, full load amps, etc.). Typically, the contacts for larger horsepower rated IEC contactors are replaceable while the smaller contactors are not replaceable. IEC contactors are allowed to have smaller creepage path and higher temperature rise than NEMA contactors which results in a smaller physical size.

Definite Purpose Contactors are similar in function to a NEMA and IEC contactors. The concept for DP contactors originated in the 1950s at the request of several large HVACR OEMs. Until that time, the OEMs had used NEMA rated contactors in their equipment. These NEMA rated devices were robust, expensive, and typically outlasted the equipment in which they were installed. DP contactors have been designed specifically for loads where the life can be statistically predetermined by their application. DP contactors are sized either by their resistive load rating or by their inductive rating (LRA/FLA). DP contactors have a lower initial cost compared to NEMA and IEC devices and are often considered throw away devices. Although their cost is less, these contactors must still be designed to meet harsh conditions, such as rapid cycling, sustained overloads, and low system voltages. Even though DP contactors were originally developed for the HVACR industry, there are a variety of other industries that are utilizing these contactors based on properly sizing the contactors to application.